It’s a series on Advice to Newbie Writers. This will last a while. Enjoy.

Herewith, the beginning of my response to a Newbie Writer’s concerns. (See the 9/1 post to read her email. Names are changed to protect the innocent.)

Question 1] What does self-publishing mean to you?

As you surmise, the publishing world has a full spectrum. On one end are the trad publishers; on the other the indie writers. We also have hybrids. The trad publishers have a spectrum, from the mega-dollar people to the one-and-done writers.

Most midlist writers were squeezed out in the 90s and early 00s; they usually publisher-hop now. Indie writers like Mark Dawson and Marie Force (she was hybrid but she is now going totally indie) are making lots of money while others are earning coffee money each month.

Success for trad writers depends on genre and writing craft and self-promotions. Most traditional publishers will force trad writers to sign non-compete clauses then refuse to publish more than one or two books a year. For this reason, trad writers who need to make money will have indie pen names or trad.pub pen names with other publishing houses.

Success for indies depends on genre and writing craft, promotions and speed of publication.

Whatever publishing you “go after”, you will have to promote.

Most trad-published writers, according to Dean Wesley Smith (see links in previous posts), manage one or two books for a trad publisher then are done unless they go after a pen name that the publisher doesn’t know. Even then, they don’t break out unless they have something that spurs growth.

For example, JK Rowling managed to get into Scholastic which sells to students. Word of mouth drove her early sales. Her megabucks didn’t come until the third or so novel when big-release dates stirred up publicity. By the fourth novel, Rowling began to license her stories to the wider entertainment industry, games and toys and films. Her megabucks came from the licensing deals. Most people think her success came immediately without actually studying her approach. Yes, she had bigger and bigger publishing contracts based on her increasing sales, but the real money is in licensing, especially the films that drove and still drive more sales of her books.

For me, self-publishing means that I write the novel, I contract covers, I contract for the last edit, I format, and then I publish. I market. I have held off on major advertising until I had a strong “backlist”.

A backlist drives sales figures up.

Look at these steps. Which of these can you do?

The #1 indicator of writing success: Writing words consistently and constantly. The best way to know when you’ve fallen away from the writing: Track your Words.

Track Projects ahead and behind.

Best way to Track: Use the Think/Pro Planner for Writers. 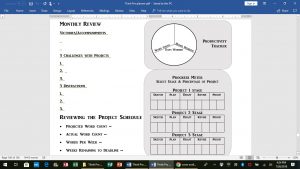 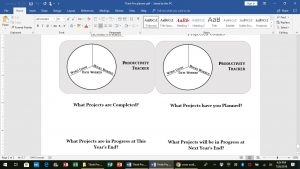 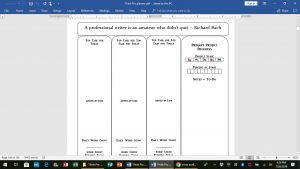